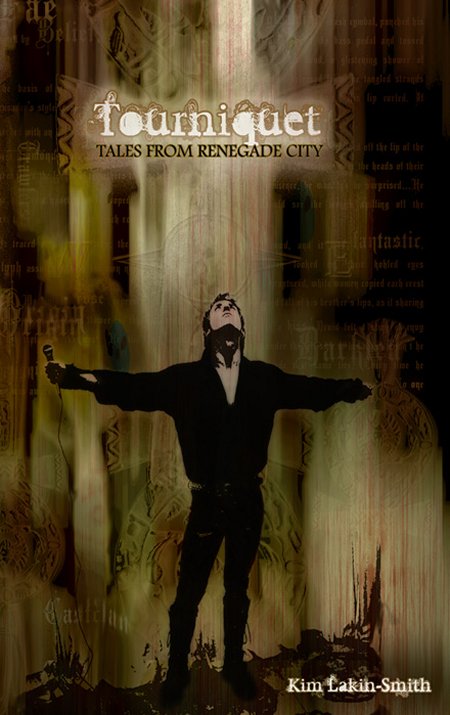 Everything I write is driven by music. If I ever picture one of my books made into a movie then I always think in terms of the soundtrack first. Some authors claim it’s essential to write in absolute silence. I say I’d rather floss with navel fluff from the belly of Beelzebub. Much of my work focuses on action adventure – the clash of clockwork, steam-spurting road titans, martial arts, death races, the pulsing groin-sweat of the rock club…Take away music and my characters may as well don twin set and pearls, cross their ankles and have tea with the vicar.

Music is the tequila shot that wide-eyes me in the morning. It comes with a chaser of adrenaline that puts me in that type-fast-think-faster zone. I defy anyone to listen to Metallica’s ‘Fuel’ and keep their brain still – it’s a writhing, oil-slicked ball lightning of cars, fists, flames, and speed demonry. There’s no room for writer’s block when the music urges you on with every chugging riff and smack of the drum skin. The only option is to turn on, tune in, drop out.

The music link is explicit in my novel, Tourniquet, the plot focusing on a revered rock band and the notion of the alternative scene taking over a future Nottingham. It is subtler but no less essential to Autodrome, my young adult action adventure novel. With its population of motor sport enthusiasts, promoters, grease monkeys and drivers, life in the steam and gas powered metropolis of Autodrome is all about the race. It also features a series of notorious outer boroughs called the Eras. So while Tourniquet is crafted in the image of Marilyn Manson, HIM, Rob Zombie, Rammstein and their ilk, Autodrome has a vintage edge – Elvis and Billie Holiday mixed with contemporary rockabilly from Vince Ray and The Razorbacks and Imelda May, and some big old daubs of dirty seventies rock for good measure.

Music. For me, it’s the red stuff that feeds the veins of a novel. It’s sticky, alive, and coats and coagulates the words into something representative of the mess of images inside my head. Everything I’ve ever written has its own soundtrack. In fact, if I ever realise that quintessential writer’s dream of seeing a book of mine made into a movie, I suspect the background music will be as important to me as any visual rendering of my outpourings.

The sound of silence? Not for this Voodoo Child.