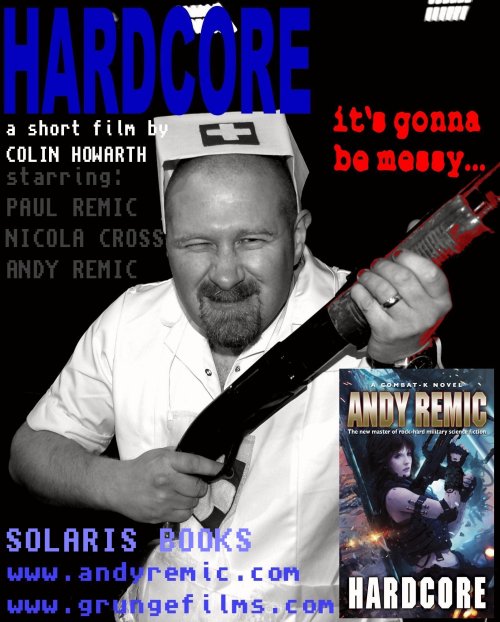 So, we’ve just finished principal photography for the short promo film HARDCORE, in support of my new Combat K book which is out January 2010. It was one of the most intense days of my life, totally exhausting and totally fulfilling at the same time! We had a script, cast, a director and a series of locations including a steelworks for the finale… and it really did feel like making a real movie!! And some people make their living like this!? Wow. Bradshaw Profiles, Croft Street, Bury supplied the main location, and the REAL guns were kindly supplied by The Fusilier Museum, in Bury – many thanks to these kind people, and to all the cast members who kindly gave up their time. Written by Andy Remic and directed by Colin Howarth. A Grunge Films production. Also see: www.grungefilms.com for production stills, and www.solarisbooks.com for a filmshoot write-up!!