I don’t do book signings often. However, on Saturday 12th August I’m out there to promote my new film, and will happily sign books as well 🙂

Memoirs of a Spectrum Addict, a Film by Andy Remic, will have a stand at the Video Game Market at Doncaster Dome, Saturday 12th August 2017.

There you can buy signed DVDs and BluRays, but also meet author / filmmaker Andy Remic. He’ll be selling some of his novels (22 professionally published so far) and if you are a fan, pop along with your books and he’ll sign them for free. 🙂

Review copies of the film Spectrum Addict are available if you have a magazine, blog, website, TV company (ahem). Email me. Contact: ramfilms@outlook.com

You can also order the film  on digital, DVD and BluRay at: www.remicmedia.com/speccyaddict

An Impossible War by Andy Remic – Out Now!

I’m thrilled to announce the release of An Impossible War from Tor. An Impossible War is the omnibus edition of my three novellas set during World War One, and merging the adventures of tommy Robert Jones, with a very dark and twisted fantasy setting.

“Robert Jones signed up for the British Expeditionary Force with visions of honour and glory, of fighting for king and country, of making his family proud at last. He got an eternity of muddy trenches, clouds of poison gas, and a bullet for his troubles. Despite the mundane horrors of the Great War, however, things were about to get much worse.

As armies begin to shapeshift into demonic entities, a new face of war is displayed. The Great War has been chosen as the battleground in an eternal, metaphysical struggle, and Jones finds himself caught in no man’s land.

An Impossible War collects in a single edition all three parts of Remic’s demonic tour de force: A Song for No Man’s Land, Return of Souls, and The Iron Beast.

At the Publisher’s request, this title is being sold without Digital Rights Management Software (DRM) applied.”

Yes! If you are bored, and wish to listen to me drivel for an hour to the poor devils known as Sam and James at the Square Groot, name-dropping the likes of Mark Gascoigne (Angry Robot Books), Lee Harris (Tor), interviewer Marie Vedat, and lots of dudes involved in my Spectrum Addict film, along with conversation about my early works (Spiral, Combat K, Kell’s Legend) and new and upcoming projects, then you need to listen to this as you a) mow the garden, b) pluck your nostrils, c) administer a much-needed enema to your stinky dog. Go listen. Or not. 🙂

That’s right, The Iron Beast, published by Tor, is out now from all good bookshops. 🙂 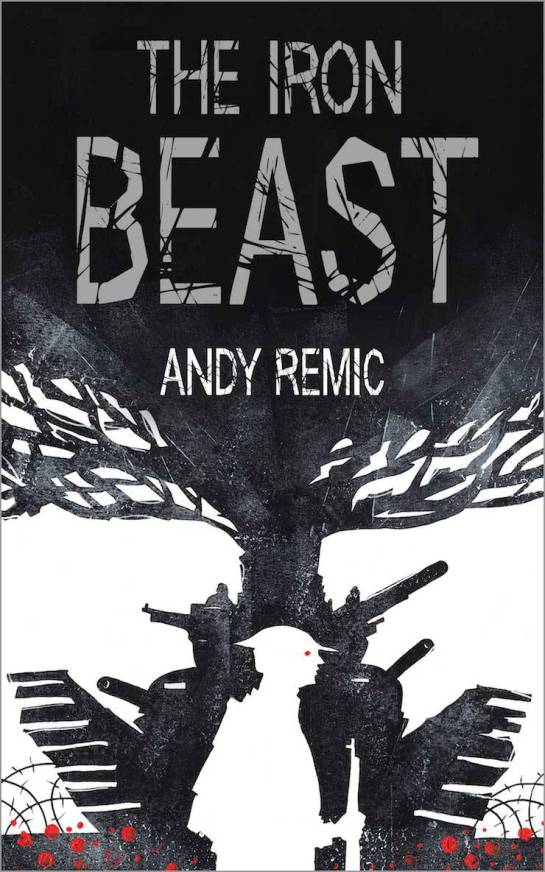 It’s a busy month in Remic Land #1. Over at Tor.com you can read a free extract of my upcoming novella, the finale to the A Song For No Man’s Land trilogy: The Iron Beast, out on the 8th November 2016.

“A war is being waged in an impossible world.

The Skogsgra and the Naravelle have launched their final offensive, and Private Jones and his companions are caught in the melee. Tens of thousands will die before the battle is over. They travel deep underground, to find and release the Iron Beast… the one creature that can end not one world war, but two.

If you’re heading for FantasyCon in Scarborough on 24th/25th September 2016, if you’re really unlucky, you might bump into me. Please come and say hello. I don’t bite.

And… if you have a blog/website etc., and fancy doing an interview about my fantasy books such as Kell’s Legend, Soul Stealers, Vampire Warlords, The Iron Wolves, The White Towers, The Dragon Engine, Twilight of the Dragons, or my recent Tor novellas set during WWI, A Song for No Man’s Land, Return of Souls …and The Iron Beast, then please arrange an interview time by emailing andyremic@outlook.com .

And, AMAZING NEWS! I have very kindly been invited …..muffle muffle. Can’t say that yet. But I will SOON!!!!

Twilight of the Dragons. Out now, worldwide, published by Angry Robot Books. Go buy it. It’s good. Honest. I wrote it. 🙂

Thank you to Stan Nicholls for the cover quote, Marco for being patient, Lee Gibbons for awesome cover art, and MDV for the proofreading.

Twilight of the Dragons by Andy Remic

My recent novel The Dragon Engine is currently being offered in a NOOK “First In Series” promo sale for only $2.99 until the 18th January…… Bargin! Cheap as chips!! etc etc. Head over to Angry Robot for more….
http://angryrobotbooks.com/2016/01/nook-first-in-series-sale/
AND:
First review in for my new TOR novella, A Song For No Man’s Land………….. out 9th February 🙂
https://civilianreader.wordpress.com/2016/01/14/quick-review-a-song-for-no-mans-land-by-andy-remic-tor-com/

“Remic has come up with an original take on war fiction… A Song for No Man’s Land is a really interesting start to a new series… and ends on quite a tantalizing moment. Recommended.” – Civilian Reader.

Hey! My new novella for TOR is out on 9th February! In anticipation, Tor has published an excerpt for your general delectation. So head over for a free read….. 🙂

Finally, after all these long cold winter months, my next two novels for Angry Robot Books have been announced! The Dragon Engine (due September 2015) and Twilight of the Dragons (TBC) are in production, and should be sedated and allowed from their hefty padlocked cages real soon…

Remic said:  “I am once again thrilled to be working with Angry Robot on my next two hardcore violent fantasy novels, The Dragon Engine and Twilight of the Dragons. Both novels are set in the same world as The Iron Wolves and The White Towers, and feature  a group of honourable heroes who go in search of wealth and immortality… but find a whole barrel-load of trouble instead. These books will hit new levels in fantasy violence and anti-heroic depravity… Game of Thrones? Pffft. Game of Marshmallows compared to what I’m writing now!!”

You can read the full article over at Angry Robot Books –